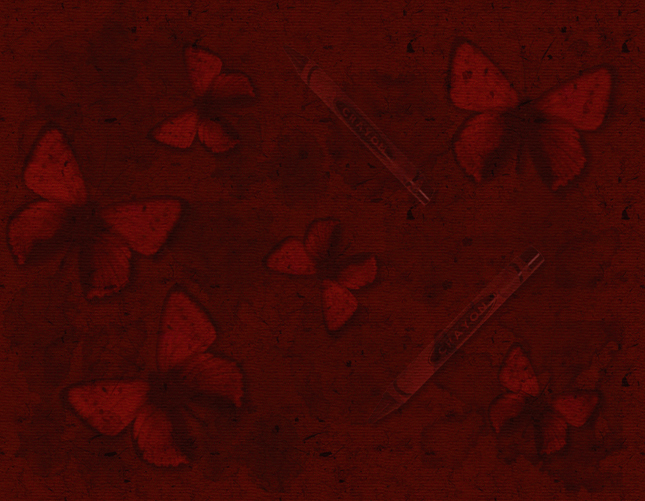 My bad about the window stuff. I understood better in a re re re re read. English is not my first laguage, so I misinterpreted it: I tought that it said that Wendy had to enter the house in order to see Jennifer in the cellar ("she saw a open window that lead to the basement").

And if I have some concern, I'll write. Thank you for the good disposition :)

I didn't mean to be rude or disrespectful with your work, I'm sorry. It must not be easy to describe a story such as this, objectively. And that's the problem with this game, people often disagree about it's content because it's so dense and stuff... That's why I think it's better to stay by "in game" facts. For example, reading the last parraph I posted about Wendy finding Jeniffer in the cellar I thought "I don't think things happened like that, I mean, the cellar window is in the garden, she didn't have a need to enter the house". It may be that I'm being picky, but it's the way the scenes are described that can lead you the wrong way.

Of course, it's just an opinion, you can write the wikia the way you want, but like I said, it can lead new players to understand the story the same way as you do, to interpret the story like you have interpreted it.

But anyway, at the end of the day I'm just glad that the community is still slive, and I hope it keeps growing.

First of all, I'm no Diana "fan", I'm not defending her, and I'm not "upset" because they say that Diana is a "possible sociopath", you just didn't get the point, and well, you disaggree with me, but I still think the articles post theories and opinions instead of facts. I pointed out Diana article as an example, but there's many other errors in Gregory, Wendy, Joshua, etc. because the articles post THEORIES and OPINIONS as facts, for example: "His love for Joshua managed to surface in the end when he apologizes for killing the orphans and trying to harm Jennifer. Immediately afterward, he commits suicide using his gun, in hopes of being with his son again in the afterlife" (Gregory article). I know some things are implied in the game (Gregory massacred the orphans and killed himself), but for me, that parraph is a piece of fan fiction. How can you possibly describe that, if it's not stated in the game? Gregory wanted to be with his son in the afterlife? When did he said that?

And that's why, if you look closely, most of the articles have no references, i's just a story writen by Someone, it's how that "Someone" thinks things happened.

Now, about Diana... I honestly think nothing about that intro scene, you could be right or it may despict the Diana/Meg relationship, I don't know. About the bag beating, even if Diana is shown hiting it, Eleanor is looking and doing nothing, my point being, I think all the orphans were implied in this "games" or kind of "rituals" for Stray Dog (proof of this is the end of the May chapter in which they hang Peter in what appears to be a ritual. This is, of course, a theory. Can we be certain? No), so I think everything was part of this game of Aristocracy and the beast (Stray Dog) that needed to be "appeased" in order to stop it from kidnaping them and gobbling them up: that's what they have to do by orders of the princess. It's interesting to note the state of the orpahanage in the scene of the bag beating: it's empty and dusty, meaning the adults no longer live there, which makes a kid bolder and can explain Diana's behavior. I think Diana is definitely cruel, but it's hard to say she is a "possible sociopath", at least I differ, and besides, I think every child of the game is despicted as cruel to some degree (not Jennifer, of course).

About Eleanor's bird (which is also stated in the wikia), Jennifer explains in Once Upon a Time that it was just a doll (see how things change from Jennifer's forgotten past to the game?).

Lastly, about the Brown killing, all the orphans participated in that, it was an order from the princess after all, are them all "possible sociopaths"? I don't think so. I care a fig abot Diana, believe me, I only care about new players learning to think for themselves and not taking fan fiction as facts from the game, because they are not. I think the Once Upon a Time chapter is our only touch with the truest past in Jennifer's own words and that's our only clue (hehe). We can analise the content of the chapters and speculate, and theorise, but the problem with that is it's just a theory (a theory that can be rejected in place of other), not what happened in Jen's reality. And what I meant with "we know very little to nothing" about the characters is mainly because people who worked in the game (producers, developers, writers of Punchline) gave no interviews about the plot, and that's the only way we could know things for certain.

Another example of fan fiction from the Wendy article: "She (Wendy) saw an open window (is that how things REALLY happened) that lead to the basement, and inside, saw what appeared to be a boy, who was actually Jennifer dressed in Joshua's clothing".

I think it's wonderful that someone started a Rule of Rose wikia, but it's importan for the articles to separate the facts from the game, from personal opinions and theories. I don't think Diana was a "possible sociopath" because we don't know how things really were in Jennifer's forgotten past, what we are seeing is a distortion of what happened. You can use the Once Upon a Time chapter quotes as a reliable reference, and describe how characters are despicted in game, but you can not say how characters felt, what actually happened, etc. The sad truth is that we know little to nothing about this game and it's characters, but it's better to stay by facts than to make up things that never happened.